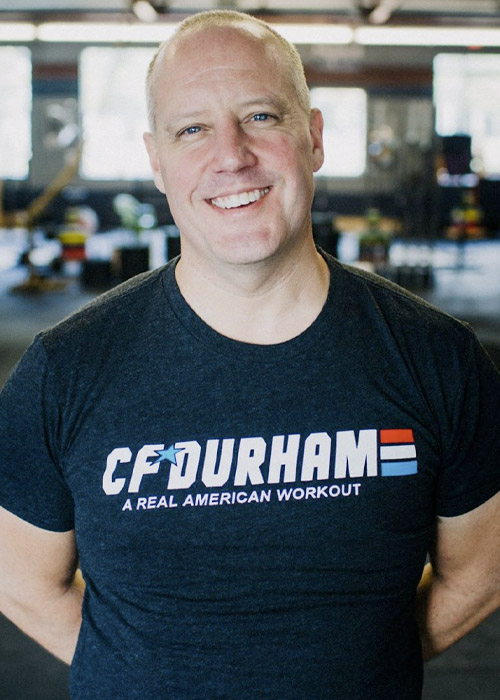 Paul was born and raised in New Jersey and grew up a fairly active kid. Every season was occupied with a sport: baseball, swimming, soccer and skiing. He graduated from Syracuse University with a BS in Journalism and a commission as an officer in the US Army.

After the Army, Paul relocated to Durham, married, found work in online marketing and he and his wife worked to start a family. Over time, Paul lost touch with what it meant to be healthy. In 2009, at 5’10” and approaching 290 pounds, Paul realized he had to make serious changes if he was going to be an active part of his family’s future.

Paul started Bootcamp at Courage Fitness Durham in the Spring of 2010 and he hasn’t stopped since! Now 70 pounds lighter, Paul wants to share with others the things that CrossFit connected for him. CrossFit immediately ignited Paul’s sense of play. He looks at it as recess for grown ups. It’s that sense of fun and play that he most wants to share in the athletes he trains to inspire them to succeed whatever their goals may be.