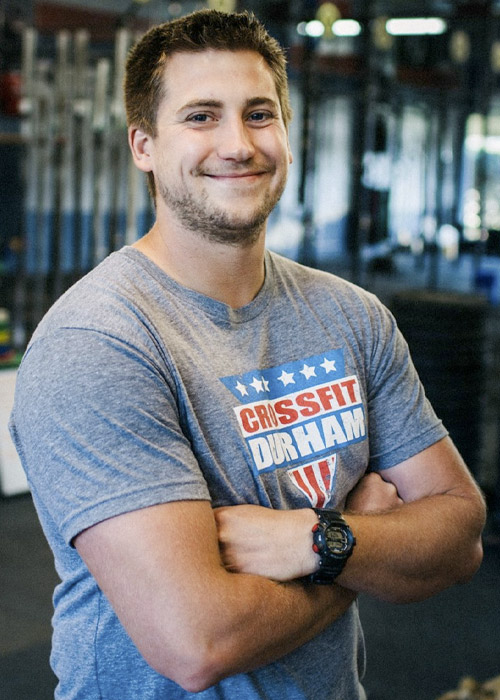 Nik grew up playing any sport he could try. He enjoys being active and working towards a goal. He graduated from Middle Tennessee State University in Murfreesboro, TN with a B.S in Exercise Science. After graduation he began working in corporate wellness.

CrossFit came into Nik’s life in July of 2012 where he instantly fell in love with the opportunity to get better at all the of things he was not very good at (especially running). After attending hisCrossFit Level 1 seminar in September of 2014, Nik began to coach CrossFit classes and a Weightlifting class at CrossFt Rampage in Tennessee.

Nik moved to Durham in July, 2016 to explore new scenery and career opportunities. He looks forward to meeting you around the gym and especially in one of his classes so he can help in achieving the goals you have set for yourself.